Your generous donation sustains the efforts of The Ziegfeld Club – assisting women of musical theater in need, and preserving our archive dating back to 1936.
DONATE
Toggle the Widgetbar

The Ziegfeld Club, a venerable Broadway charitable organization since 1936, endeavors to keep alive and cherish the memory of Florenz Ziegfeld Jr. and the women of the Ziegfeld Follies by empowering women of musical theatre today.  We do this through issue advocacy, mentoring programs, round table discussions, as well as the Billie Burke Ziegfeld Award for female composers and the Elizabeth Swados Inspiration Grant for female educators of music.  We strive to help women sustain successful and lasting careers in the performing arts while honoring the memory of Billie Burke and the other hardworking, professional artists who founded our organization. 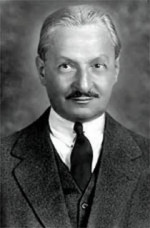 Florenz Ziegfeld Jr. was an American musical theater producer known as the “Glorifier of the American Girl.” He brought the genre to spectacular heights when he created the Ziegfeld Follies in 1907. The extravagant Ziegfeld performances featured statuesque show girls with elaborate feathered headdresses and sequin hand-embroidered costumes. They gracefully floated across the stage to the music of renown composers such as Irving Berlin, George Gershwin and Jerome Kern while the dancers known as “ponies” performed highly choreographed routines. Irving Berlin wrote the Ziegfeld Follies theme song solidifying the famous Ziegfeld phrase, “A Pretty Girl is Like a Melody.” Between the years of 1907 and 1931 Ziegfeld “glorified” thousands of girls in the illustrious Ziegfeld Follies.

Ziegfeld produced other successful Broadway shows such a Sally, Rio Rita and Show Boat. The Follies featured many well-known performers of the era including Fanny Brice, Ruth Etting, W.C. Fields, Eddie Cantor, Marilyn Miller, Will Rogers, Bert Williams and Ann Pennington. The first star Ziegfeld helped rise was the actress Anna Held, whom Ziegfeld made famous and married in 1897 but soon divorced in 1912. In 1914 Ziegfled wed actress Billie Burke, famous for portraying Glinda the Good in the Wizard of Oz, and also an original founder of the Ziegfeld Club. The couple gave birth to a daughter Patricia in 1916.

Through many years of trials and tribulations Florenz Ziegfeld Jr. continued to produce theater. In 1927 he built The Ziegfeld Theater on Sixth Avenue with the financial support of William Rudolph Hearst. 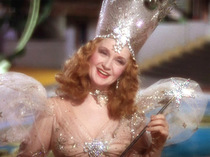 Billie Burke (1884-1970) was an American actress remembered not only for her beauty, but also for her sparkling comic technique and distinguished career on stage and screen. Making her stage debut in 1903, Burke starred in dozens of Broadway and West End plays, as well as silent and talking films. In 1914, Burke wed Florenz Ziegfeld Jr., the Broadway impresario whose legendary series of Ziegfeld Follies featured statuesque show girls in fantastic costumes along side the greatest talents of the time.  Ziegfeld “Glorified the American Girl” from 1907-1931. Their daughter, Patricia, was born in 1916. Burke also produced the 1934 and 1936 editions of The Ziegfeld Follies. After Ziegfeld’s death in 1932, Burke continued to honor her husband’s legacy through the establishment of the Ziegfeld Club Inc. in 1936.

Burke became a beloved character actress during Hollywood’s Golden Age, and was nominated for a 1939 Academy Award for her performance in Merrily We Live. The recipient of a star on the Hollywood Walk of Fame, she is eternally recognizable to all generations as Glinda the Good in MGM’s classic film The Wizard of Oz. 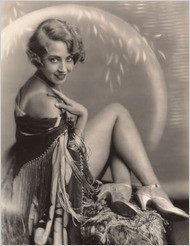 Doris Eaton Travis began her stage career in 1918 as the youngest dancer in the Ziegfeld Follies. She appeared in many musical reviews coast to coast. She achieved a degree of stardom in silent motion pictures, filming in New York, Hollywood, Egypt and the United Kingdom. Before retiring to her husband’s Oklahoma horse ranch, Doris owned and managed 18 Arthur Murray dance studios. In 2003 she wrote her highly-acclaimed auto-biography, “The Days We Danced.” As the last surviving principal of the Ziegfeld Follies, Doris passed away peacefully on May 11, 2010 at her Detroit, Michigan home. Two weeks earlier, she danced to a soldout standing ovation crowd at the Broadway Cares/Equity Fights AIDs Easter Bonnet Competition. She was 106 years old.