Your generous donation sustains the efforts of The Ziegfeld Club – assisting women of musical theater in need, and preserving our archive dating back to 1936.
DONATE
Toggle the Widgetbar

A $5,000 Cash Grant Will Be Awarded to a New York City-Based Female Music Educator

The Ziegfeld Club, one of the first New York City performing arts charities to benefit women is thrilled to announce that the fourth Liz Swados Inspiration Grant will open to applicants beginning April 29, 2019. Created in 2016 and underwritten by actor Diane Lane, The Liz Swados Inspiration Grant serves to honor an influential female music educator in New York City through a $5,000.00 cash grant.

The application process for the Liz Swados Inspiration Grant will remain open from April 29 through May 24, 2019.

Diane Lane first partnered with The Ziegfeld Club on the Liz Swados Inspiration Grant in January 2016, shortly after Ms. Swados passed away. The Grant has previously been awarded to educators Rebecca Steinberg (2018), Laura Borgwardt (2017) and Cecilia Smith (2016).

Those interested in applying for the Liz Swados Inspiration Grant must submit their information by May 24, 2019, and must meet all of the following criteria to be eligible: 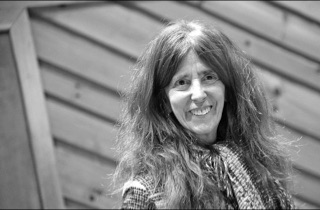 Perhaps best known for her Broadway and international smash hit Runaways, featuring Diane Lane, Elizabeth Swados composed, wrote, directed, and taught theater for over thirty years. Works include the Obie Award-winning Trilogy at La MaMa, Alice at the Palace with Meryl Streep at the New York Shakespeare Theater Festival and Groundhog, which was optioned by director Milos Forman for a film. Her work has been performed on Broadway and locations all over the world. She composed highly acclaimed dance scores for well-known choreographers in the US, Europe and South America, and scores to many films, including the documentary, Auf Wiedersehen, about a family searching for the truth about the Nazi participation in Vienna and the Jews who may have aided them. She was commissioned to write a musical theater piece about the notorious Triangle Shirtwaist Fire in Manhattan, as well as a musical evening of family theater featuring the poetry of Roald Dahl.

In conjunction with Forward Face, Ms. Swados released a children’s CD called Everyone is Different that has been distributed to three thousand schools around the country. She received the Ken Award, and a New York Public Library Award for her book My Depression: A Picture Book. Ms. Swados published a theatrical textbook, At Play: Teaching Teenagers Theater, and a collection of poems through Hanging Loose Press. In her lifetime, Ms Swados received five Tony nominations, three Obie Awards, Guggenheim Fellowship, Ford Grant, Helen Hayes Award, Lila Acheson Wallace Grant and PEN Citation.

ABOUT THE ZIEGFELD CLUB, INC.

Described by The New York Times as one of “New York’s pioneering feminist institutions,” and “Broadway’s best kept secret,” The Ziegfeld Club is among the first not-for-profits in the Broadway community.  Founded in 1936 by Billie Burke in honor of her late husband Florenz Ziegfeld, musical theater impresario and producer of the legendary Ziegfeld Follies.  The organization was originally formed to provide aid to Ziegfeld Girls who had fallen on hard times. As all of the Ziegfeld Girls have now passed away, the Ziegfeld Club’s mission remains to support women of today’s musical theatre as well as to honor the preservation of theatre history in the Club’s treasured archives.

In addition to the Liz Swados Inspiration Grant, the Ziegfeld Club expanded its legacy of supporting women in the theatre by establishing The Billie Burke Ziegfeld Award, a $10,000 grant and a year of professional mentorship awarded to an emerging female composer who compellingly demonstrates financial need, professional initiative, and outstanding artistic promise in musical theatre composition.